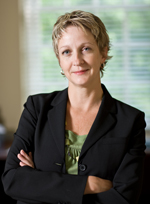 Are the SATs necessary for college admissions? Or is high school performance just as good an indicator of a student’s likely success? Those are the two questions that U.S. News & World Report is inviting its readers to discuss online as its September issue hits newsstands. The newest issue of the magazine includes a debate between Wake Forest Provost Jill Tiefenthaler and Gaston Caperton, president of the College Board. In her opinion column, Dr. Tiefenthaler argues that standardized test scores have only marginal predictive value for a student’s college performance, and offer no insight into other traits that universities consider important, such as work ethic, open-mindedness, integrity and a passion for learning. As the head of the organization that administers the SAT and other standardized tests, Caperton has a very different view. Click here to join in the debate.