Is it Harder to Get into College Today? 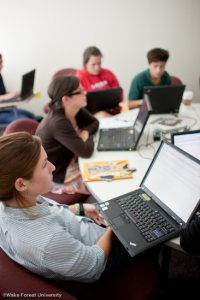 Are universities more or less selective than they were in the 1950s? According to economist Caroline M. Hoxby, the answer is….it depends. Top universities, specifically those in the top ten percent, are definitely more selective today. But about half of all colleges are actually less selective than they were five decades ago, Hoxby writes in her NBER working paper entitled The Changing Selectivity of American Colleges.

While some speculate that the number of students applying to college is increasing faster that the spaces available, Hoxby hypothesizes that the changes in selectivity have more to do with students’ interest in attending an elite college far from home. Or for those versed in economic terms, “the elasticity of a student’s preference for a college with respect to its proximity to his home has fallen substantially over time and there has been a corresponding increase in the elasticity of his preference for a college with respect to its resources and peers.”

It is this geographical resorting of students that has caused selectivity to rise at some schools, while simultaneously falling at others. Another of Hoxby’s findings is that students are getting more for their money today at selective universities, in spite of higher tuition. So while it may be easier than before to get admitted to many universities, the stakes are even higher at the more selective top-tier schools.