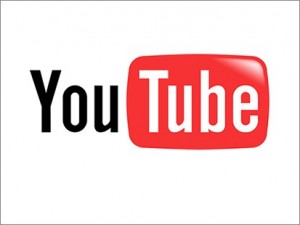 Since its debut nearly five years ago, YouTube has offered a forum for everything from video blogs to amateur music videos. Now it’s also become a tool for college admissions. Tufts University started accepting one-minute videos as part of the application process for high school students this year, and both admissions counselors and the general public can view them on YouTube.  Submissions have included everything from flying elephants  to rap songs  to Q & As. Oh, and students also showcase their dancing and jump roping abilities, among other things.

Tufts admissions department told ABC News  that the videos are not required, but provide an additional piece of information about the applicant. “We’re not judging it on the qualities of the production values,” says Lee Coffin, dean of admissions at Tufts. “We’re not looking for Oscar-winning short films. What we’re really hoping to get out of these videos is another part of the puzzles that make up this 17-year-old person.

“We’ve seen some awful videos,” he adds. “Some are charming in how awful they are. But we chuckle and move on.”

Meanwhile, Yale University is using YouTube to lure prospective students with a video that’s reminiscent of the hit movie, “High School Musical.”  The brainchild of Andrew Johnson, a 2006 Yale graduate who works in the admissions office, the video was produced on a shoestring budget but has turned out to be a big hit. Even though the 16-minute video has only been online for a little over a month, it has already logged nearly 500,000 views.

“I figured the worst case would be a low-cost ‘nice try,’ ” said Dean of Admissions Jeff Brenzel told the Washington Post. “The outcome went beyond the best case I could imagine. It’s campy, clever and extremely entertaining, especially when you consider that the audience for it is generally subjected to an unending parade of admissions videos that all look the same.”