An Imaginary Commencement Speech from an Admissions Dean 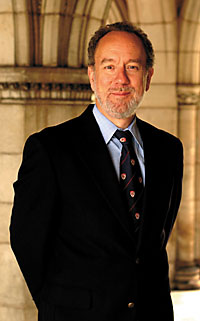 The job of college admissions officers is more art than science, and it can be difficult to describe all the elements that go into the evaluation of applicants. After all, they must base their decisions on the accomplishments of 17 or 18 year olds, while trying to envision what they might become in just four short years. It would no doubt be gratifying to be able to go back and reevaluate those decisions on graduation day. Were they the right ones? How did the students turn out?

Jeffrey Brenzel, dean of undergraduate admissions at Yale University, was able to do just that with the graduating class of 2010 – in his imagination. In a poignant column for the Huffington Post, he writes the commencement speech he would have given had he been asked. (Bill Clinton will speak in his stead). Among the first questions Brenzel would pose to graduates are: What do you know now that you did not know four years ago? What can you do now that you could not do four years ago? Could you, as they say in the exam question, support your answer with specific examples?

Brenzel points out that the ability to make good grades would not be much of an accomplishment since most students knew how to do that before arriving at Yale. Instead, he urges students to ask themselves some hard questions by doing a self assessment.  He even offers a few suggestions on the kinds of questions they should ask.”Four years ago, I took a stab at guessing your potential. Now only you can determine to what degree you yourself will recognize and fulfill it,” Brenzel writes. “God speed. Good luck. Be sure to write. “

Thanks for the post. It contained a lot of useful information. I enjoyed reading it and look forward to more in the future.