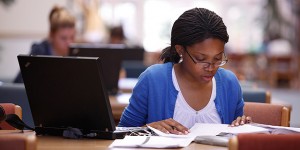 Women are headed to college in higher numbers than men, and are already earning the majority of undergraduate and graduate degrees. Those are among the findings in an annual report released recently by the National Center for Education Statistics. Titled “The Condition of Education 2010,” the report predicts that women will account for about 60 percent of undergraduate and post-baccalaureate enrollment within a decade. The prediction is in keeping with graduation trends. In the 2007-8 academic years, women accounted for 62 percent of all associate degrees, 57 percent of all bachelor’s degrees, 61 percent of all master’s, and 51 percent of all doctorates being awarded, according to the report.

Are women just high achievers, or is there another explanation for the trends? William R. Doyle, an assistant professor of higher education at Vanderbilt University who has studied sex-based differences in educational attainment, told the Chronicle of Higher Education that the wage gap is a contributing factor. Simply put, women earn less than equally educated men. “We have known for a long time that the amount of education people pursue is driven in some part by the labor market,” Mr. Doyle said. “For women, if you want to get a decent job and decent earnings, the state of the labor market is such that you are going to need to pursue a couple of extra years of education.”