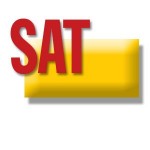 As research has repeatedly raised questions about the fairness of the SAT, more and more universities have opted to make the standardized test optional for applicants. Concerns that the SAT may be racially biased increased this week with the release of a new study that shows the test’s verbal section is unfair to African American test-takers.

The paper, published in the Harvard Educational Review, replicated a 2003 study by Roy Freedle, and confirmed earlier findings of racial bias in the SAT. The research was based on data for students who took the SAT and later enrolled in the University of California system.

“Although our findings limit the phenomenon observed to the verbal test and the African American subgroup, these findings are important because they show that the SAT, a high-stakes test with significant consequences for the educational opportunities available to young people in the United States, favors one ethnic group over another,” write the study’s co-authors, Maria Santelices, assistant professor of education at the Catholic University of Chile, and Mark Wilson, professor of education at the University of California at Berkeley.

“The confirmation of unfair test results throws into question the validity of the test and, consequently, all decisions based on its results,” the study says. “All admissions decisions based exclusively or predominantly on SAT performance — and therefore access to higher education institutions and subsequent job placement and professional success — appear to be biased against the African American minority group and could be exposed to legal challenge.”

The authors’ views were echoed by Robert Schaeffer, of the National Center for Fair and Open Testing, who described the new research as “a bombshell.” Schaeffer told Inside Higher Education that the study “presents a profound challenge to institutions which still rely heavily on the SAT to determine undergraduate admissions or scholarship awards.”

The College Board, however, challenged the study’s findings and defended the fairness of the test. “There certainly are subgroup differences in scores,” Kathleen Fineout Steinberg, a spokeswoman for the College Board, told Inside Higher Education. “We recognize that and acknowledge it. It’s a reflection of educational inequity. It’s something we are concerned with.”

I’m completely agree with both JunkScienceMom and Olivia in this context.

The admissions counselors who post here that the SATs are biased–racially or against low income or against first generation applicants–should speak to Wake Forest’s Psychology professors. These counselors may not realize it but they exhibit what psychologists call Confirmation Bias.

Once they decided that WF would be test optional they began to look for any evidence that the tests are flawed and to ignore all evidence that they actually do a good job predicting success in college.

I agree with JunkScienceMom. I am Latina and I think that racial bias in SAT tests is nonsense! I aced my SAT and my brother who’s taking it will ace it, too. All these studies are pseudo science.

This study was definitely flawed. I wrote about those flaws here: http://www.junksciencemom.com/2010/06/junk-reporting-hidden-truth-behind.html