Will the LSAT Join the Test-Optional Movement? 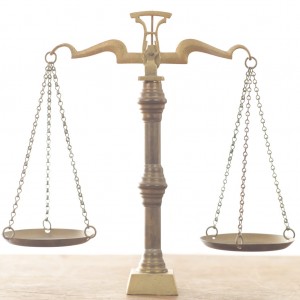 News that the LSAT (Law School Admission Test) might become optional for applicants has sparked a spirited debate among academics and lawyers alike. It also has renewed discussions over the criteria used in college rankings published by popular consumer magazines like U.S. News & World Report.

Should the American Bar Association decide to drop the LSAT as a requirement for law school accreditation, it most likely would not happen before 2012.  The decision first has to be finalized by the ABA committee that is considering the issue, and then voted on by the full council of the ABA’s Section of Legal Education and Admission. Even then, it might take years before law schools follow suit by changing their admissions policies.

But just the prospect that the LSAT might one day be optional, as the SAT and ACT already are at many colleges and universities, has both detractors and supporters.  A “substantial portion” of the ABA committee reviewing the standard believes the LSAT requirement should be waived, the ABA Journal  reported.  One committee member explained that the decision would be driven in part by the desire to give law schools more autonomy in the admissions process.

“Is taking a standardized test the only way to determine if someone should be able to go to law school?“ David Yellen, a committee member and dean of the Loyola University Chicago School of Law told the National Law Journal. “Schools ought to be able to decide how they want to admit students.”

That argument is at the core of the test-optional movement among colleges and universities that previously required the SAT or ACT as a condition for admission. Many universities that have made standardized test scores optional report an increase in applicant diversity without sacrificing academic quality or performance.

But legal professionals worried about the current glut of jobless attorneys see it differently. “First of all, given the plight of jobless law school graduates saddled with hundreds of thousands of dollars in debt, why are we encouraging the enactment of measures that could potentially lead to more jobless lawyers?” writes Vivia Chen in the Am Law Daily.

U.S. News & World Report also quickly weighed in on the issue since LSAT scores are a key component in its rankings of law schools. Admissions data accounts for 25 percent of the rankings, with the LSAT accounting for half of that. “U.S. News will continue to conduct the annual law school rankings, and the LSAT will remain a heavily weighted factor.”

College rankings have long been the subject of controversy, as Robert J. Sternberg points out in a new column for the Journal of Higher Ed. The potential ABA decision simply provides more fodder for debate.