Pets Have Feelings Too…Or Do They? 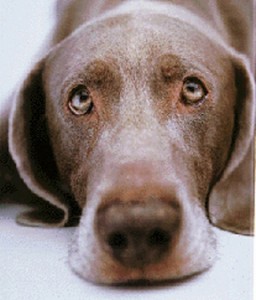 Sure, we know the college admissions process is stressful. After all, everyone would agree that it’s not easy filling out applications, writing essays, going on interviews, and working out finances. Then, there’s the waiting, which is always the hardest part.

But have you considered how Fido has been feeling? The Chronicle of Higher Education has.

Admissions writer Eric Hoover recently reported on the findings of Scratching and Clawing: The Effects of Hyper-Selective Admissions on American Pets.

The national survey shows 97 percent of dogs belonging to families of high school seniors have “moderate” or “high” levels of anxiety in the period leading up to the acceptance deadline.

In short, animals internalize the emotional states of their owners’ preoccupation with college admissions, and that can lead to fur loss, rashes, and even sleeplessness.

“The true victims of this crazy, stressful process aren’t parents and students, or even high-school counselors,” Hoover concludes. “But our lovable furry companions, which are very, very sensitive creatures.”

Actually, the survey findings were nothing more than an elaborate April Fools’ spoof. But who knows? Maybe they’re onto something just the same!