Test optional, but now what? 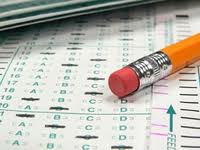 More than 850 four-year colleges and universities are now “test-optional,” which means they no longer require ACT or SAT scores as a condition for admission. But just what do these higher ed institutions consider in their admissions process?

Greg Grauman, director of admissions at American University in Washington, D.C., provided some insight during a recent panel at the National Association for College Admission Counseling conference.

Grauman explained that AU is primarily looking for “wonks — opinionated, smart students who want to create meaningful change in the world.” In order to identify these students, Grauman’s team starts out by looking at curriculum and grades.

Essays and extracurricular activities are considered next. AU also takes into account whether students have shown genuine interest in the university by visiting, emailing or attending informational sessions. If an applicant provides standardized test scores, they are part of the mix but not the determining factor.

“There is no one element that will determine if a student is admitted or not,” Grauman said.

David Krause, director of admissions at Davidson College near Charlotte, N.C., said while his school is not test-optional, standardized test scores are literally the last element his team considers as part of the review process.

“The best predictor of success is the rigor of curriculum in high school,” said Krause said. Grades are considered in the context of the curriculum’s rigor.

Davidson also requires a peer recommendation, which often presents a challenge for applicants. Says Kraus, “They think, ‘who knows me well enough, but not too well.’”