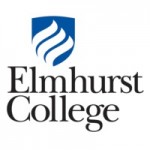 As college admissions offices nationwide continue the commitment toward creating more diverse communities, conventional concepts of diversity are being challenged to include a broader, more inclusive spectrum of students. While many college applications implicitly allow for prospective students to distinguish themselves in a numbers of manners, Elmhurst College has gone a step further, asking its applicants directly: “Would you consider yourself a member of the LGBT (lesbian, gay, bisexual, transgender) community?”

With this question, optional as are several others, Elmhurst became the first college in the country to inquire about prospective students’ sexual orientation and gender identity. Met with cheers as well as some controversy, the college is glad to have made this decision because it was ultimately the right thing to do. Unaware of the national headlines it would make, Elmhurst College has brought attention to its unwavering acceptance of students from all backgrounds and has required many to reexamine our definition of diversity.