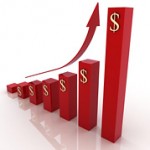 There were two important stories this week about a fundamental concern for anyone interested in college admissions.  The first report, released by the College Board at their annual conference, detailed the alarming rise in tuition costs at the nation’s public and private colleges and universities.  Due to downturns in the economy and increasing costs for the institutions themselves, public school prices are now increasing at a higher rate than that of private schools.  The report also discusses the role of the federal government plays in the financial part of the admissions decision-making process.  Many families looking for help count on federal grants and the new tax credit available under the American Opportunity Tax Credit Act of 2009.  But in these difficult times, are those programs enough?  What about student debt over the long term?

Yesterday, President Obama announced a plan to address the debt issue.  His plan would allow for a cut in the monthly repayment minimum for federal loans and debt forgiveness after twenty years.  Additionally, the plan would offer loan consolidation for students that could cut their interest rate by half a point.  The bottom line is loan payments could drop by hundreds of dollars per month.

In terms of college admission, these news items may seem insignificant considering that more than 120 schools now have annual tuition fees topping $50,000.  But when it comes time for students and their families to make the decision about which school to attend, it is the dream of many to make the stress of the financial angle as insignificant as possible.  Whether by increasing need-based aid on the part of the schools themselves, expanding the availability of Pell Grants, or the new plans offered by the Obama administration, every bit helps.  In the realm of  Rethinking Admissions, choices should focus more on the educational reasons involved than on the pocketbook.  But matching what should be true and what is reality for most Americans still is a work in progress.