From The Wall Street Journal 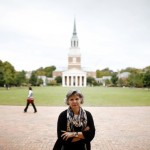 By Douglas Belkin and Caroline Porter

A growing number of top-ranked U.S. colleges say they are finding objectionable material online that hurts the chances of prospective freshmen.
About a quarter of admissions officers at the nation’s top 500 colleges have used websites such as Facebook and Google to vet applicants, according to an annual Kaplan Test Prep survey. Of those, more than one-third say they have found something that has hurt a student’s chance of admission, up from 12% last year.

“We have seen students that have been involved in bullying behavior or alcohol or drugs,” said Martha Blevins Allman, dean of admissions at Wake Forest University. “We never use it as a single indicator and we don’t search blindly, but if we have other suspicions, we will look.”
Vetting by using social-media sites including Facebook and Twitter still hovers in a gray zone at most college admissions offices. Just 15% of the schools in the survey had an official policy about whether to do so, and more than two-thirds of those schools said they won’t use the technique.
Among schools without a policy, more than a quarter say they have checked out a student’s online persona, up slightly from last year, said Jeff Olson, vice president of data science at Kaplan Test Prep, who conducted the survey this summer. Kaplan has included questions about social media in its annual survey for four years.

“The trend line is there,” Mr. Olson said. “My advice to students is to be smart and think twice about what you post online.”
Most colleges don’t have the time, resources or inclination to vet every candidate’s social-media presence. The amount of information that students provide—between essays, transcripts and recommendations—can be overwhelming. But several admissions officers interviewed said they occasionally Google students to learn more about a project in which they were involved, or because a red flag was raised in an interview, recommendation or somewhere else.

“We leave it up to the individual admissions officers, and if something gives them cause to scratch their head, then they do it,” said Paul Marthers, vice president for enrollment at Rensselaer Polytechnic Institute in Troy, N.Y. “But it’s a very small number. Among the 15,000 applications we get, it would be well under 100 times.”

Mr. Marthers said his school has turned up cases of plagiarism and accusations of sexual assault. It also has found behavior that resulted in school disciplinary action but didn’t rise to the level of a suspension and didn’t show up on the student’s transcript.

One applicant Mr. Marthers said he encountered at his previous job at Reed College was asked to leave a private high school for bullying. Mr. Marthers called the counselor at that school who said, “It’s not something I would ever put in writing but, yes, that’s what happened,” Mr. Marthers said. The student was denied admission.

At Sewanee: The University of the South in Tennessee, spokeswoman Laurie Saxton said a student who had been accepted for the class of 2015 and was at the university for a summer session ahead of his freshman year posted “inappropriate comments” on the school’s Facebook page for the freshman class.

“We sat him down and told him that was not the right way to communicate,” Ms. Saxton said. “He removed his comments.”

Today’s prospective freshmen have come of age using Facebook and are increasingly savvy about its use, but many still said the idea of college admissions officers reading their posts seemed weird.

Naomi Wiener, an 18-year-old freshman engineering student at Cornell University, said the issue’s fairness comes down to the amount of disclosure on colleges’ part.

“Everything you present to a college you prepare for,” she said. “To blindside someone by looking at some side of them without them knowing is different from every other part of the college process.”

Marilyn Scholze, a volunteer college counselor at Lowell High School in San Francisco, said that while she reminds students to monitor their online behavior, it isn’t part of the counseling curriculum in a systematic way.

“I would prefer that colleges didn’t use online profiles that way,” said the 61-year-old, who has volunteered at the public school for 14 years. “I guess if someone was on the margin and they were really concerned about a student’s character, they might take a look. It’s a personal thing and a little bit unfair.”